What is the Metaverse? Is it the new technological frontier?

The metaverse, that elusive concept that everybody seems to be talking about. If it sounds like a sci-fi term, that’s because it is: it was first used in Snow Crash (1992), the dystopian novel by American writer Neil Stephenson. One might think that if the concept appears for the first time in a dystopian novel, it’s not the best omen, right? But let’s focus on the concrete facts before jumping to conclusions. And before we go on talking about the metaverse without explaining what the metaverse is, let’s define it:

What is the metaverse?

The metaverse is a parallel universe that exists in cyberspace, accessed through an internet connection and VR (Virtual Reality) glasses. It is a multi-user environment that merges physical reality with virtuality.

What makes it different from a video game? To begin with, it is not exclusively designed for playing games: the idea is that the metaverse works literally as a parallel universe where you can do the same things you do in real life, such as going to work, shopping, interacting with other people.

On the other hand, the metaverse will be much more immersive than any video game, stimulating several senses and not just sight. However, the first antecedent of the metaverse is considered to be the video game Second Life, a virtual community launched in June 2003. In Second Life, users can interact through avatars and participate in all kinds of activities, buy and offer products and services and create objects with 3D creation tools.

Because of all these possibilities, the classification of Second Life as a “video game” is controversial, although it would not be accurate to describe it as a “virtual reality” or “social platform” either. It seems that the creators of Second Life were truly ahead of their time and conceived of the metaverse before anyone else.

Although the technology is advancing by leaps and bounds (and Mark Zuckerberg has already invested a fortune in it), we are still far from the metaverse being a reality as it is envisioned: multi-sensory, multi-platform and interconnected.

We’ve all seen those memes comparing the expectation of what the world would look like in the 21st century vs. reality: yes, to the disappointment of many sci-fi writers, we’re not driving around in flying cars and our video calls don’t look like those Star Wars holograms.

The technology needed to carry the metaverse forward is still being developed. For one thing, 5G networks are still under development and far from being able to accommodate an immersive network of these dimensions. For another, we also do not yet have the devices to enable a multi-sensory experience. Work is still underway to create more comfortable and lighter VR glasses that can be worn for extended periods of time. Not to mention the affordability of these devices: like any new technology, they will be very expensive at the beginning and only a minority will be able to purchase them.

The future of brands in the metaverse

Despite these limitations, some versions of the metaverse are already being implemented and there are those who argue that it’s the future of brands, but is it really so? Here are some of the possibilities for brands in the metaverse today.

You will say that this already exists: it’s called e-commerce. But no, it’s much more futuristic than that. In the metaverse, a clothing brand can create a design that customers can only wear in the virtual world. Ukrainians Daria Shapovalova and Natalia Modenova have already done it: it’s called DRESSX and it’s a platform for digital clothing, NFT fashion items and AR (augmented reality) looks.

The famous auction house Sotheby’s also ventured into this with its Sotheby’s Metaverse, where they auction virtual works such as CryptoPunks, pixelated miniatures representing fictitious faces. Prices for these works are already up to $500,000. If you’re wondering who would pay for stuff that can only be enjoyed in the metaverse, you’re not alone. But there are those who argue that customers’ virtual purchases can encourage them to make purchases in the physical world and extend the reach of brands.

In the metaverse, brands can create interactive experiences for their customers. For example, in 2021, Warner Bros. Pictures hosted a virtual party on Roblox to promote its movie “In the Heights.” Visitors to the virtual neighborhood could walk through iconic spaces from the movie, paint murals, and watch behind-the-scenes videos and interviews, including a dance tutorial from the movie’s choreographer, virtual items, and scavenger hunts.

Brands can also use the metaverse to test new products before launching them. The famous German luxury car brand BMW partnered with NVIDIA to create Omniverse, the virtual factory planning tool that integrates a range of applications and planning data and enables real-time collaboration with unlimited compatibility. This innovative technology is able to synchronize their operations around the world, perform large-scale custom designs, and detect flaws and improvements in their products before they are physically created.

Problems and controversies of the metaverse

In addition to all these exciting possibilities, the very concept of the metaverse also presents a host of problems. Experts agree that the metaverse could exacerbate some of the issues of the current network and create new ones. Let’s see what they are:

It sounds like a bad joke: a researcher enters the metaverse with the intention of studying user behavior on Meta’s social networking platform, “Horizon World,” but within an hour, her avatar is raped on the platform. “One part of my brain was wondering what the fuck was going on, the other part was telling me this isn’t a real body, and another part was thinking: this is important research,” she said.

We’ve already witnessed Meta’s difficulties when it comes to moderating violent content on its existing platforms, to the great detriment of users and communities. So this incident on “Horizon World” sets an even more alarming precedent. Especially since we still have no laws to regulate this type of behavior. Faced with an experience like the one the researcher went through, it is unclear what, if any, legal recourse she may have at her disposal.

Here we encounter the same problem as with cyber violence: the absence of a legal environment. There is no protection against theft in the metaverse. Someone could invest thousands of dollars in digital goods and have them stolen with little or no consequences. Who can you turn to if the legal system still has no laws for these platforms?

Digital scams are already quite prevalent on today’s web and links are being used to gain access to people’s cryptocurrency wallets. NFT marketing, on the other hand, has been causing a lot of problems due to its frequent use in virtual scams. There are even those who claim that the NFT market is comparable to a pyramid or Ponzi scheme.

We said “exacerbating the problems of today’s network” and we weren’t kidding. We all know how common personal information leaks are on the Internet. Now, imagine the dimension this could take on when the metaverse platforms require us to use many types of devices where we have to enable access and tracking. Companies would now have access to increasingly sensitive information.

This is one of the biggest controversies regarding the metaverse: will it be Mark Zuckerberg’s new empire or the utopia we imagined the Internet to be: an open, democratic and decentralized space? Of course, all that remains to be seen, but with the social networking giant investing billions of dollars in the metaverse and even rebranding it as Meta, it does seem likely that we are heading towards a new digital monarchy.

What is the future of the metaverse?

Even with all these issues, the metaverse is moving forward, but where is it going? It is impossible to predict exactly how these technologies will change our lives, but experts estimate that in the next few years, 25% of people will spend at least one hour a day in the metaverse. Doing what, exactly? Well, we’ve already seen that the possibilities are practically endless: everything we do in the real world is potentially replicable in the metaverse.

With the Internet as our main precedent, we can only be careful not to repeat the old mistakes. What do you think? Let us know in the comment section!

¡Síguenos!
Latest posts by Marina Do Pico (see all)

This site uses Akismet to reduce spam. Learn how your comment data is processed.

Prev
What is a landing page and what is it for? 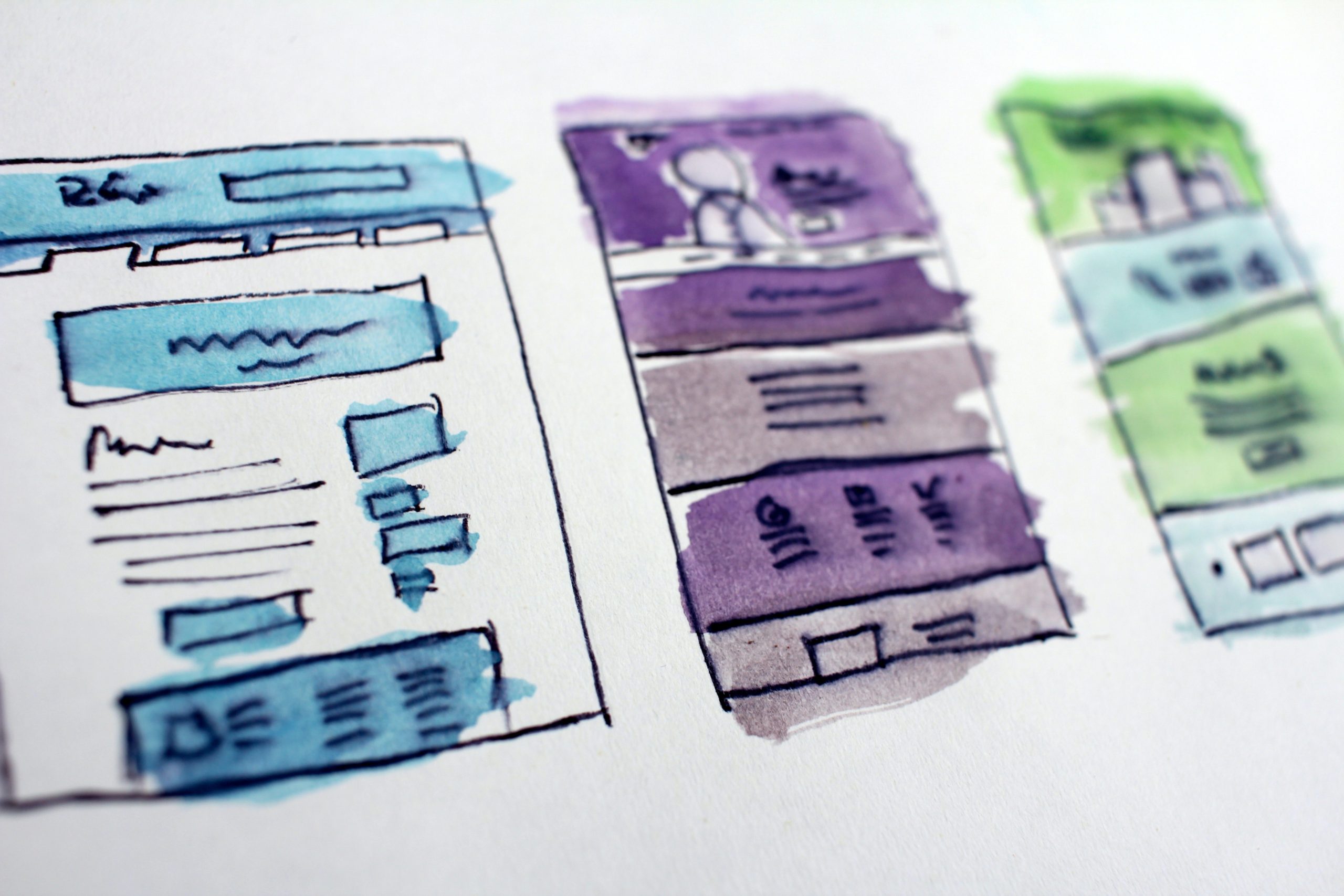 What is a landing page and what is it for?

The metaverse, that elusive concept that everybody seems to be talking about

Next
Elizabeth Holmes, Sam Bankman-Fried and the enormous risk of the ‘new’

Elizabeth Holmes, Sam Bankman-Fried and the enormous risk of the ‘new’

The metaverse, that elusive concept that everybody seems to be talking about